Ahead of ‘Nine Tales and Carols’ on Saturday evening at the Storytelling Centre, we grabbed a few minutes with storytellers Beverley Bryant and Heather Yule to find out what to expect at their show, and where the inspiration came from.

What has been your inspiration for ‘Nine Tales and Carols’?

Beverley: ‘Over the years, Heather and I have gathered a huge number of tales about this time of year from across the world. We love to tell these stories by flickering candles and fairy lights.

‘This year, however, when thinking about putting ‘Nine Tales and Carols’ together, I was drawn back to Scottish travellers; my mind kept returning to a wonderful workshop Linda Williamson delivered on the late Duncan Williamson’s Christmas stories. Linda is very keen that we keep these stories alive and has been very supportive of our use of Duncan’s warm-hearted tales.’

Heather: ‘Sometimes we need to escape the busy commercial chaos of the modern Christmas, so I think ‘Nine Tales and Carols’ is about the joy of gathering together, sharing old and new tales and enjoying the old familiar tunes. I have always been drawn to the legends and folktales of winter, tales that reflect the aspirations of the Christmas story but are not necessarily religious.

‘As Beverley has indicated, both of us have been influenced and inspired by the rich legacy of the Scottish traveller tradition. I will never forget as a little girl how magical it was to listen, at this time of year, to Duncan Williamson telling the traveller Christmas stories.’

Will you be telling the Christmas Story? How?

B: ‘We will be focusing on the Christmas story, yes. It’s 100 years since the first ‘Nine Lessons and Carols’ were celebrated at King’s College. I’ve watched this Festival year after year and love seeing everyone gathered singing their hearts out. We’re telling our own version of the same story but in quite a different way, a traveller’s version, using the mix of stories and carols.’

H: ‘In many ways this show will be very different from the usual ‘Nine Lessons and Carols’, but we’re still following the lessons and themes, and definitely focusing on the Christmas story! As is our trademark, we will be drawing more on traditional folktales and weaving the songs and music into, and around, the stories. We’re also hoping that the audience will sing along with us, to make the event a proper celebration of the season.’

What kind of music will you be featuring during the event?

B: ‘Heather is a talented clarsach player, as well as storyteller. I’m sure she’ll send shivers along the spine as her clarsach provides the atmosphere for many of the stories. That’s always very special to me.

‘We also wanted to draw in other voices, both vocals and instrumental, so we will be joined by Susanna Orr Holland, who will use her harmonium to accompany her haunting melodies.’

H: ‘I have invited some of my young, talented clarsach pupils to join us, which is great fun for me. The carols and the stories are the focus, but the harps add touches of atmosphere and colour. Christmas carols are a wonderful way of bringing people together.

What carols can people expect to sing at the event?

B: ‘We are lucky to have Susanna leading several of our carols and singing solo, including her favourite, ‘Coventry Carol’, so that’s definitely something to listen out for. The show has a strong Scottish theme, and we wanted to showcase all the languages of Scotland, so we’ve two lovely Gaelic singers joining us, Kirsty Strachan and Renata Gertz. Listen out for their lullabies for the baby!

‘It’s really important to us that we include the audience. They are very much a part of the evening, so there will be Carol sheets for everyone to add their voice in celebration.’ 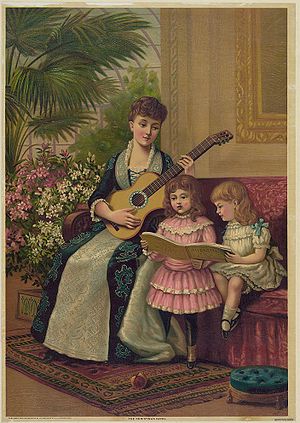 B: ‘All my favourite Christmas stories have the same theme; peace and goodwill to all men. I love to curl up in my cosy living room with lit candles when the frost and snow is outside. Sometimes though, it’s hard to remember that not everyone can do these simple things and that’s what makes me tell these stories over and over.

‘Christmas is a time for people to share, be kind and try to make sure no one goes without. That’s what the travellers were telling us though all these stories; it’s not things that matter, it’s people. So, this year’s event will be both thoughtful and joyful in equal measure.

‘We’re hoping lots of people from the local community will come and add their voices, as well as welcoming visitors from afar!’

H: ‘It is so difficult to pinpoint my absolute favourite Christmas story. One I do come back to over and over is from Castle Douglas, called ‘The Yule Beggar’ about St Ninian and a herd laddie on Christmas Eve. It is a beautiful, ancient story.

‘But I am not telling that one at this event! I’ve decided to tell some of my other favourites – so do come along to hear what they are!’

Pictures of Heather and Beverley by David McIntosh.